Our team worked in partnership with other members of the Pan Berkshire Child Death Overview Panel to produce an award winning baby safety film!

The LiftTheBaby film, which aims at cutting the number of babies who die in unsafe sleeping circumstances, won a silver in the UK Public Service Communications Excellence Awards in November

It was in competition with more than 80 other publicity campaigns including ones from the Metropolitan Police and Department for Work and Pensions.

The film was made at the Madejski Stadium this spring and featured six rugby stars and their babies. It highlighted examples of hazardous sleeping, for example, where a parent or carer falls asleep whilst holding the baby, unwittingly placing the child at risk of Sudden Infant Death Syndrome (SIDS).

The risks are exacerbated if the adult has been smoking, drinking using drugs or heavy medication or is excessively tired. But in most cases, if adults follow the safe sleeping guidelines, these deaths are completely avoidable.

The film was part of a campaign pioneered by Berkshire West Clinical Commissioning Group (CCG), East Berkshire CCG, the London Irish Foundation and a range of health partners. It was shown to hundreds of fans on the Stadium’s big screen last month.

And during a month long Facebook ad campaign, it reached more than 95,459 people.

Liz Stead, Head of Safeguarding Children at Berkshire West CCG said: “This award is absolutely great – it’s so rewarding to know that we’ve not just created a really effective campaign that gets our message across, but that it’s been recognised by our peers within the public sector.

“However, in all our celebrations, we’ve never lost sight of the tragedy of losing a baby and the devastating impact it can have on families. If our safe sleeping video makes an impact and saves just one life it’ll have been worth it,” she added.

Debbie Hartrick, Associate Director of Safeguarding,  East Berkshire  CCG, said: “We are thrilled and very privileged to have won a silver award for LiftTheBaby. It is great to have this national recognition which we share with the London Irish Foundation, NHS Creative and all our health partners. We worked together to make a very small idea become a great campaign which we hope will be used for families across systems for years to come. We were determined to keep our important safe sleeping message targeted, simple and easy to hear/see and we are delighted with the end result.”

Andy Keast, CEO of the London Irish Foundation, said: “The list was long with some really powerful projects put forward for the award so we’re all extremely proud of this achievement and the success of the awareness campaign. The power our guys as players have, and continue to show as role models, is never to be underestimated.”

The LiftTheBaby campaign involves the following partners who form the Pan Berkshire Child Death Overview Panel and the film was produced by NHS Creative.

You can watch the full film here. 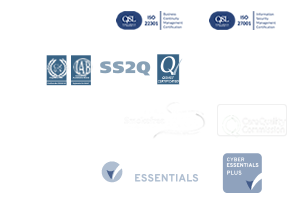 We are fully GDPR Compliant